Published in the Antarctic Sun

Three miles out onto the sea ice from McMurdo Station, a few small buildings are clustered together in two rows. Radio antennas are perched atop rooftops; vehicles come and go constantly. Bulldozers and graders clear runways, roads, and loading and fueling areas.

As the staging area for cargo and passengers coming to and from Antarctica and moving around the continent, the ice runway (and later in the season, Williams Field) is a vital area for successful seasons at McMurdo, South Pole and the field camps.

It’s easy to think an airport is just about pilots and air crews, but there is much more behind the scenes. People who don’t fly at all have key roles to play in the process. 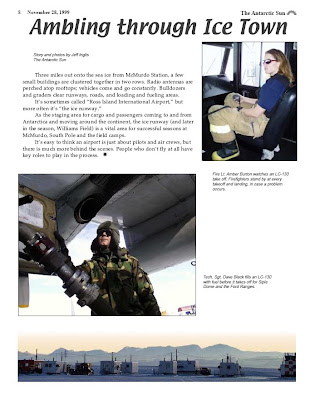 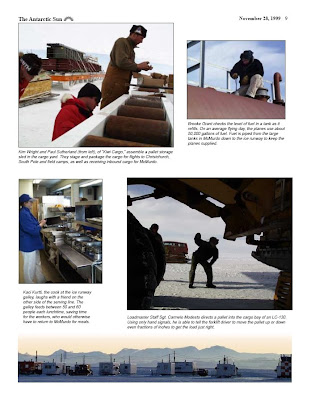